The European Association for External Thermal Insulation Composite Systems (EAE) continues to grow. This became clear at the general meeting in Prague on May 20, 2022, at which board elections were also on the agenda.

The governing body was unanimously re-elected by the delegates. Only the previous board member for marketing affairs, Alessandro Siragusa from the Italian ETICS asso-ciation Cortexa, resigned after six years in office because he was taking on more re-sponsibilities in his company. To replace him Diego Marcucci (Cortexa) was elected, who has been Chairman of the EAE Marketing Committee for a number of years. This position will be filled during the later course of the year. The EAE Board is thus composed as follows: 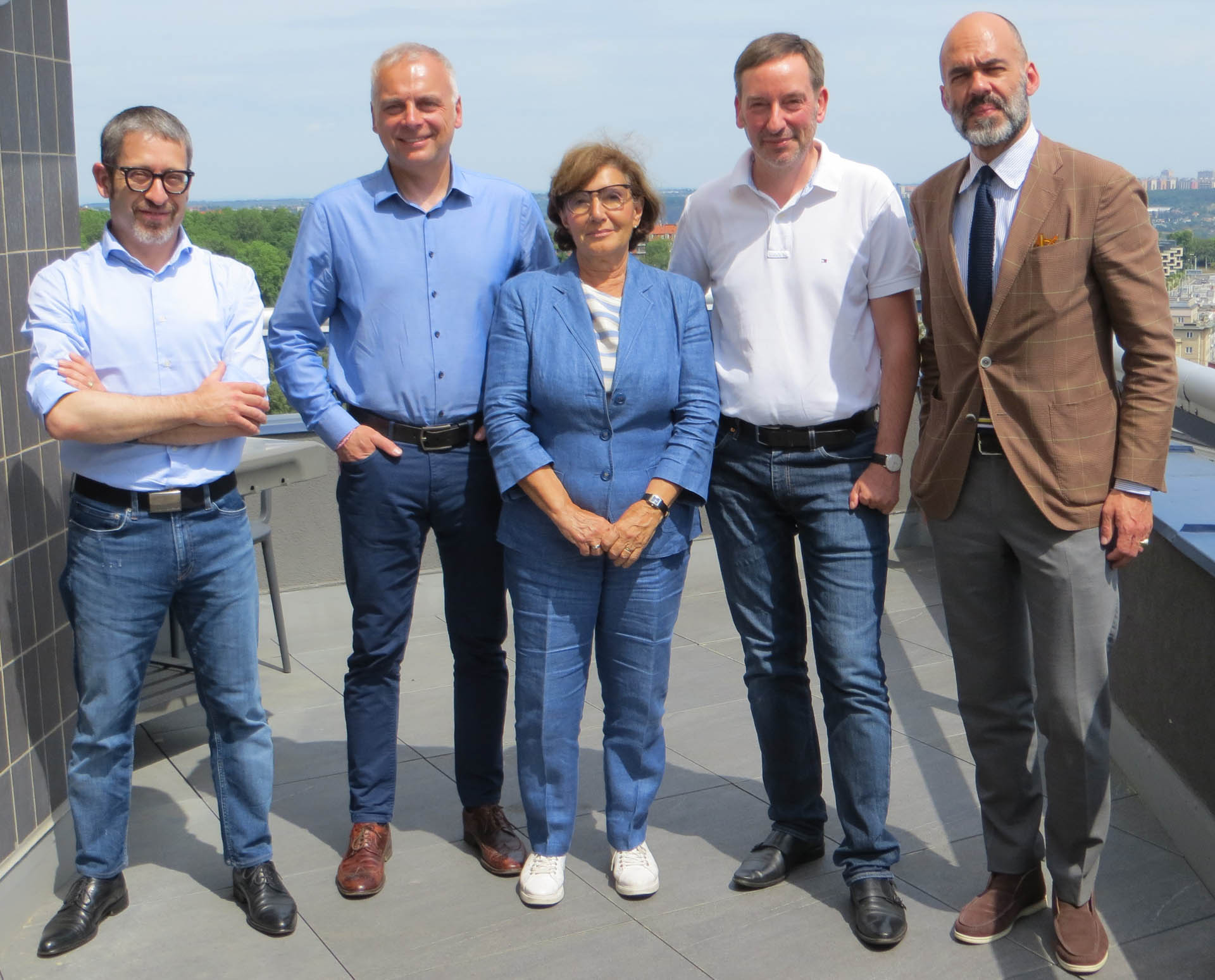 Thanks to the positive development in membership numbers over the past two years, the extraordinary members now have three spokespersons. Arnaud Duvielguerbigny (PU Europe) and Dr. Andreas Kiesewetter (DAW) were confirmed in their positions. Carina Grebe (EJOT) was newly elected – also unanimously.

The new EAE members since the beginning of 2022 are: 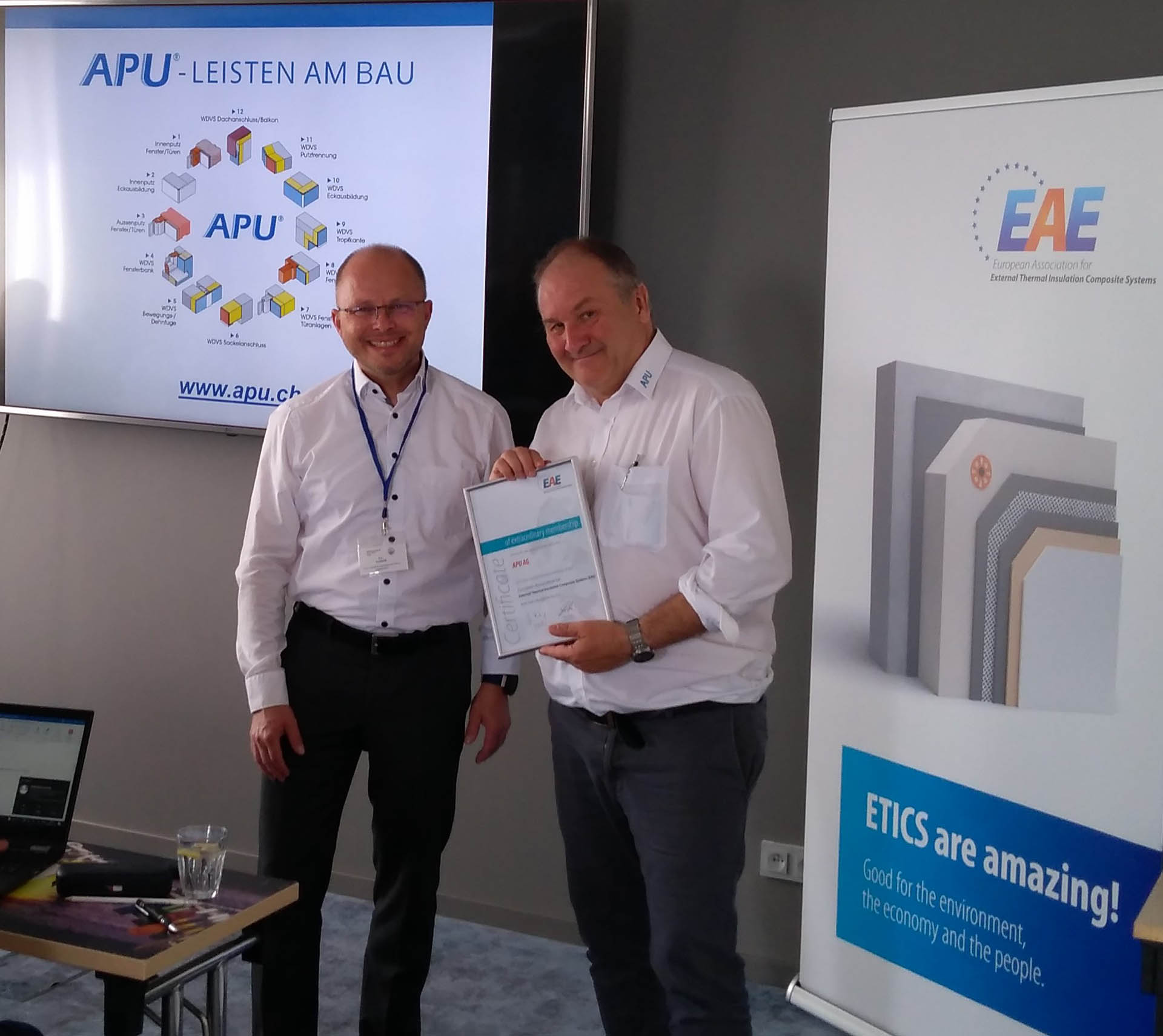 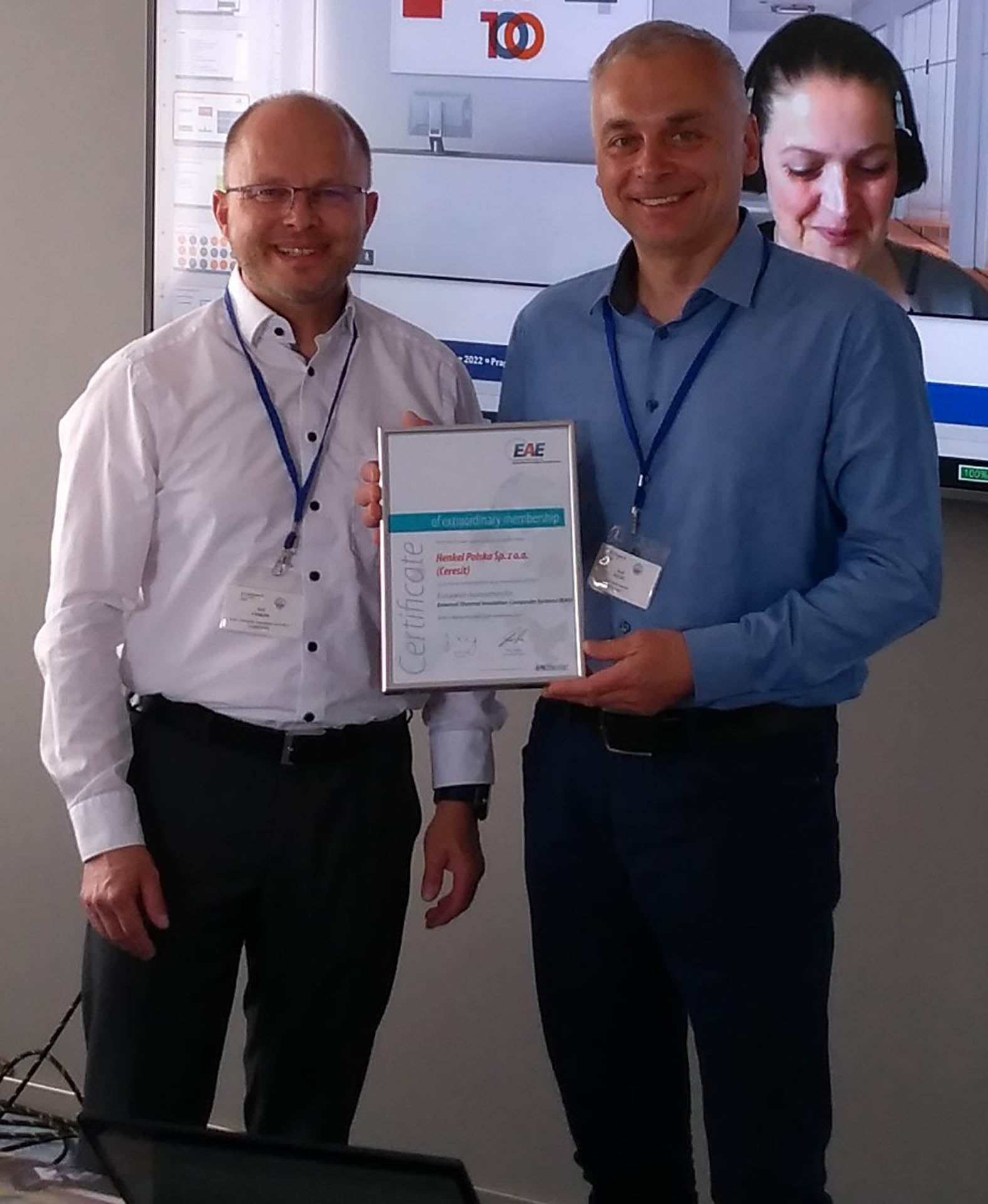 As a guest, Hermann Dannecker introduced the German Energy Advisors Network (DEN e. V.) to the EAE members. With the increasing need to improve the energy efficiency of buildings in view of the war in Ukraine and to implement the future requirements of a revised EU Energy Performance of Buildings Directive (EPBD), qualified advice and project support are becoming increasingly important. Dannecker asked EAE members to support in their countries the networking of energy consultants at European level following the example of the EAE for the ETICS industry. Ralf Pasker assured the support of the association. Contacts be-tween the EAE and DEN will be continued in the coming months. 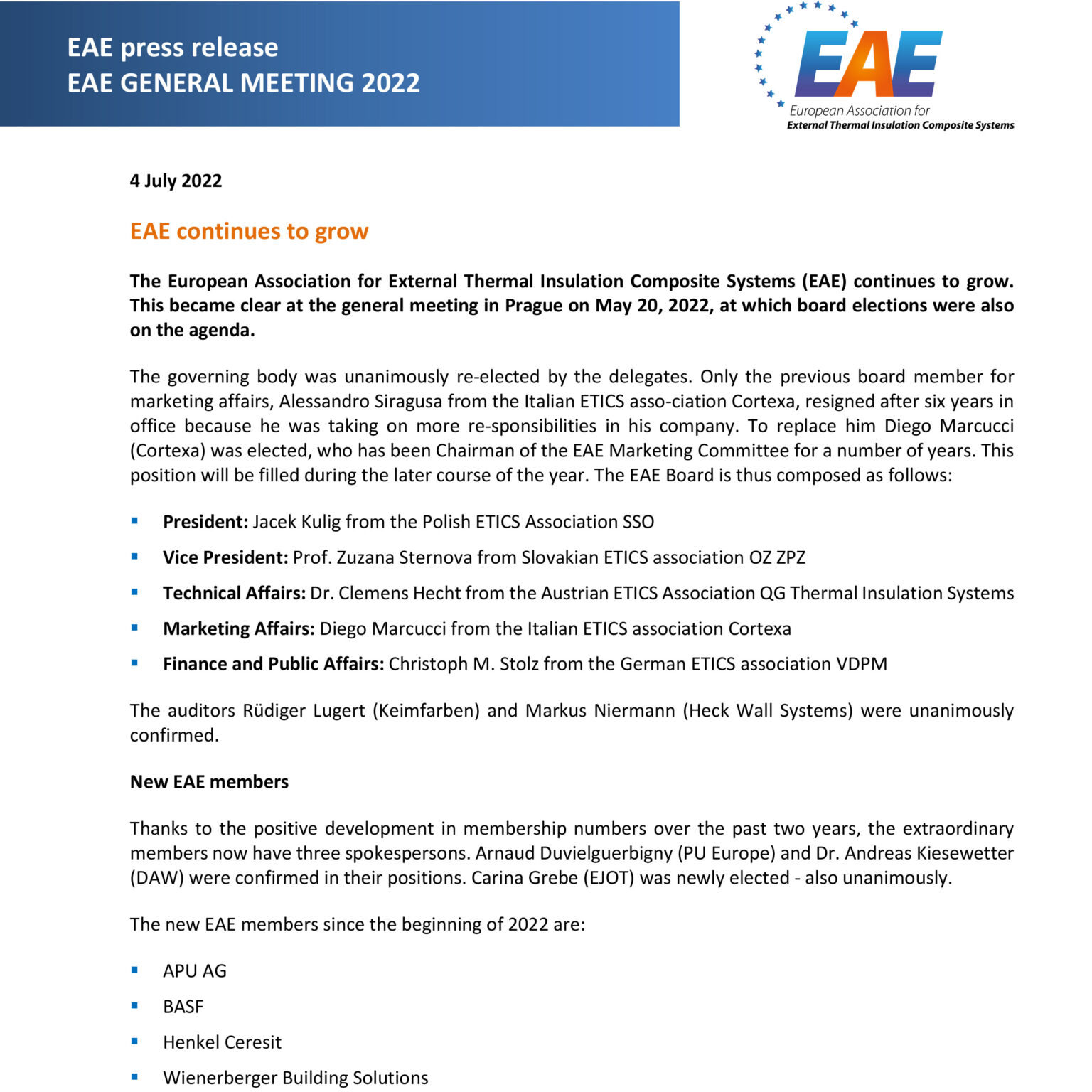